All the above for an annual fee of just £25+Delivery Membership will include allotted tickets per member to PDC televised events free of charge .Limited to what events the PDC release to the JDC in January each year.

*To Qualify for World Youth Championship or development tour the JDC member must be 16yrs old. The JDC have a national gathering every year at the Grand Slam of darts that all members are invited to.

Great news you are only a few seconds away from joining the World’s fastest growing Junior Darts System.

If you’re a Junior that wants to join you MUST get your parent or guardian to fill in the entry form below.

The Yearly fee is £25+Delivery and includes your membership card – good luck and we very much look forward to welcoming you into the JDC. 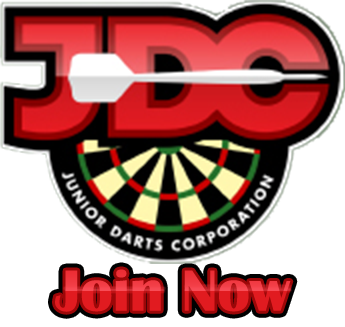 Click the front cover above to place an order

By continuing to use the site, you agree to the use of cookies. more information